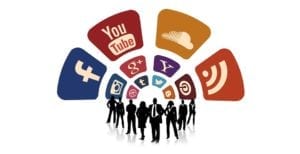 Originally founded three years back by Agnes Kozera and David Kierzkowski, FameBit was designed to connect both popular networkers like well Liked Youtube and Facebook Profiles, all the way to online marketers and popular figures on sites like Amazon Reviews. Instagrammers and “Tweeters” are also targeted markets, utilizing the concept of social media marketing to advertise and cross-advertise various products and services. As far as originality goes, FameBit claims to ‘cut out the middleman’, which means more profits and ideally improved communication and criteria between networkers or advertisers, and their sponsors or investors.

A big difference and attractive business characteristic that FameBit has is also it’s willingness to work directly with not only ‘brand ambassadors’, but also those of considerably smaller size, sort of motivating them or educating those interested as to how they can maximize both exposures but also quality sponsors, brand partners, and marketing professionals.

With a reported over 2 billion minutes of watch time from associated brand ambassadors and partners, FameBit definitely has grabbed the attention of the public, and professionals along with investors in the realm of social media marketing. While the future potential of the company is relatively uncertain, it’s demonstrated ability to raise 1.5 million from investors and contribute to over 500 start-ups definitely, speaks for itself.

A lot of the now Google-owned FameBit has to-date seemed rather unavailable and not public, including criteria, restrictions, and financial criteria or eligibility for prospective brand ambassadors, marketers, or ‘partners’. With that being said, given the new purchase, it is speculated that this could dramatically change, and given Google’s huge reputation, popularity, and success it is by no means considered a ‘farfetched’ hypothesis by anyone in the social media marketing world, including users and private Youtubers.

To be completely fair, for both those with their own Youtube channels and high-count Likes contractual agreements, potential for profit, and the expectations of those that were and continue to profit off of such continues to be kept seemingly ‘secret’ from the public, and remain on a ‘need to know’ basis. But, given this recent change of ownership and leadership, one might speculate that Google has now decided to step in, and make the commitment and investment into a company like FameBit under the assumption and goal that given more brand ambassadors, partners, and social marketers naturally the potential for profit and exposure will increase – both for it’s FameBit and it’s general Google entity (not that it needs any more exposure).

The history and previous techniques of SEO marketing are just that, history. Well, in the sense that they have changed relatively dramatically, such as newer techniques and approach – including now obviously social media marketing as a major chunk of tactic and profit potential. Basic SEO tactics although still relevant, cannot replace the value or appeal of interactive videos and blogs, as well as social media connections that involved a well-liked or trusted person, personality, and reputation – which is exactly what FameBit appears to be all about. We will see what Google has in store for us next.