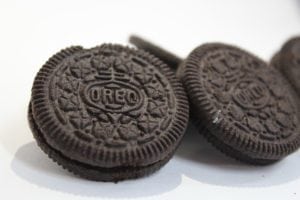 Google has officially introduced a new version of the operating system Android 8.0. This is reported in the corporate blog. The name for the new OS version, as TechCrunch notices, Google has traditionally chosen from concepts meaning sweet treats. Android 8.0 is called Oreo.  Android Oreo, as noted in the company’s blog, “smarter, faster and more powerful than ever.” The operating system, according to representatives of Google, in particular, simplifies the work with the function “Picture in Picture”. Now users of the new operating system will be able to see two applications at a time. In addition, Android 8.0 upgraded notification system – work with messages coming from “the most important applications” (for example, located on the desktop gadget) will be faster.

In addition, Android Oreo is equipped with an autocomplete feature, which, as noted in the Google blog, “allows you to easily navigate the menu and perform various tasks.” Finally, the OS has “more reliable means of protection” and it, as specified in the presentation of the new version of Android, runs twice as fast and sets the limits of background activity on applications that the gadget owner uses least.

The release of the new version of the Google operating system coincided with a total solar eclipse, which on August 21 could be observed in the territory of 14 US states. This phenomenon, in particular, appears in the video presentation of the new OS, whose logo according to the company’s video instead of the moon obscures the Sun, and then falls to Earth.