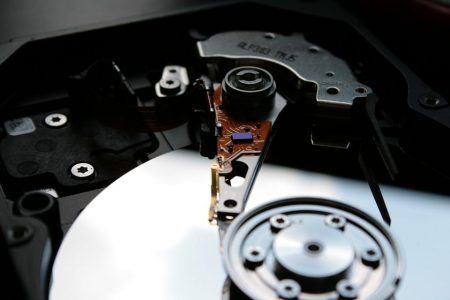 Heat-Assisted Magnetic RecordingSeagate announced the production and successful testing of the first ever fully functional 3.5-inch hard drive with a capacity of 16 terabytes with HAMR technology (heat-assisted magnetic recording). The device is expected to be available for sale this year. Seagate believes that HAMR technology will allow hard drives to be made over the next decade with capacities above 20 terabytes.

The Exos series disk is currently used in business application tests. This is a plug-and-play device, and its manufacturer ensures that HAMR disks can be used without any obstacles in the existing infrastructure of database centers and computer systems. The customer does not have to change architecture or buy another device, apart from the disk.

Currently, no HAMR disk is available on the market. The HAMR technology, which Seagate has been working on for several years, is based on the use of laser diodes on each read / write head. The laser heats the media in the place where the data is to be saved. Thanks to this, it is easier to save them, and cooling the media stabilizes the data. Thanks to such a solution, information can be packed much more densely than in traditional hard drives.