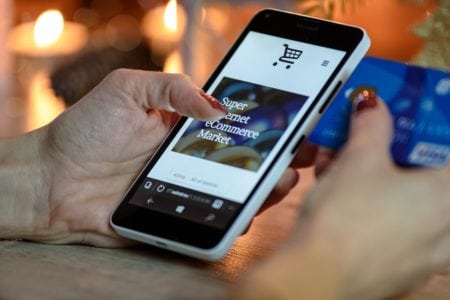 Visitors leave the site, so nothing and not buying? And how long have you assessed its performance on mobile devices? Perhaps your online store or landing page is simply inconvenient for phone users.

Today, about 53% of the world’s web traffic falls on mobile devices. By the end of 2018, this figure could grow to 60%. Do not pay attention to the mobile version of your site – a crime against the business!

In this article we gathered everything you need to know about Mobile First’s strategy when creating and optimizing sites, and also explained why it should be implemented in the near future.

What is Mobile First and why is it important

How Mobile First differs from the usual process of creating websites

Usually the creation of the site looks like this: programmers and designers develop a full (computer) version, and only then adapt it for mobile devices.

Mobile First implies the original creation of the mobile version. That is, first of all, web developers ideally customize the project for smartphones and only then adapt it for display on desktops.

With this approach, there is no feeling that the mobile version is cropped or underdeveloped – the elements do not run into each other, and all the menus and links work correctly.

The first steps to Mobile First were made in 2015. Google introduced a new ranking algorithm, according to which sites without a mobile version lost their positions in the search results.

At the SMX Advanced conference in 2017, the company went even further and launched the indexing on the principle of Mobile First. The search engine began to consider mobile versions of sites as the main ones, and the quality of their optimization should be taken into account when forming the issue.

Full transition to Mobile First will take several years, but it is not necessary to postpone adaptation of the site to this method. Do it before competitors – will be higher in the search.

About 50% of visitors come to your site from phones

If you look at your site’s statistics in Google Analytics, you’ll see that 50% of the traffic or even more is accounted for by mobile devices. Each year this indicator will only grow.

In 2017, several large-scale studies on mobile sites were conducted, here are the most interesting data:

Than adaptive and responsive designs differ from Mobile First

The site in adaptive design consists of several layouts. In each of them – the structure of placing elements on the site for different screen sizes. The engine determines the diagonal, resolution and aspect ratio of the display on which the user opened the page, and loads the corresponding template.

For example, for devices with screens in the range of four to six inches (smartphones), one layout is created, from seven to eleven (tablets) – the second, and from twelve or more (laptops) – the third.

In responsive design, the layout of the site is adjusted to the width of the screen on which the person looks at the page. Even if the browser window changes by one pixel, the page automatically adapts to the new dimensions.

This approach allows you not to waste time creating a mobile version of the site. In this case, it will not be out of place to make sure that all the elements look fine on different devices.

Adaptive and responsive designs are similar – they both adjust to the size of the screens. The difference is that in the first case, the content can only be of fixed sizes provided by the layout, and in the second one it can dynamically change:

The problem of adaptive and responsive design is that most web developers, using these techniques, first create a site for computers and only then adapt it for mobile devices. As a result – on smartphones pages look worse.

Mobile First’s strategy is built from the reverse: first, the site is made for smartphones, and then modified for desktops. In this case, there is no feeling that the mobile version is incomplete.

Check-list: what should be the site Mobile First

Check if the mobile version of your site matches the following:

Adapt for Mobile First not only the layout of the site, but also the content – give preference to informative materials.